My First Experience at Self-Publishing

Publishing books is serious business and involves so much more than a traditionally published author needs to worry about. There’s the three forms of editing, the very important cover design and internal page style, chapter headings and so much more. Publishers take care of gathering reviews, advertising months ahead of publication, organising author events, and ensuring your book finds its way into those ever-important book stores and libraries.

When I began writing The Shadow two years before publication, I did so for two reasons. The first was for the fans. In my heart I felt that I owed them this book. They deserved a more conclusive ending than they ended up with in The Key. And the other reason was for myself. From my earliest concept The Guardians of Time was supposed to be a series of four books. I’d finally finished the story the way I wanted it to end, and I wasn’t going to allow it to remain a manuscript in my bottom drawer forever. 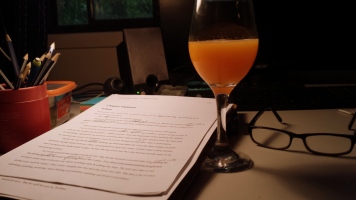 The thought of self-publishing my new book after having seven books traditionally published by a major world publisher was daunting to say the least. I’ve been in the industry since a publisher bought the rights to my first book Old Magic at a mini auction in London more than 18 years ago. And now, with The Shadow being the fourth book in a series first published in 2001, I took my first foray into self-publishing.

So, decision made, I started to ask around. Someone told me publishing my own book would be easy. I looked at him with scepticism. I grew up under the belief system that nothing worthwhile ever came easily. You reaped rewards for hard work. There was honour in hard work. And for most of my life, that proved to be true. So I wasn’t expecting easy, and I didn’t get it. Every step was one I had not taken before, every step a lesson in something new. I started reading. Google helped. Yes, Google was great. I asked the question: Self-publishing – where do I begin? And Google brought up fifteen million, nine hundred thousand suggestions. I read until my eyes burned like they were on fire and I could read no more until the next day. I read articles, blogs, reviews and books on the various self-publishing options, from Amazon’s Create Space and Kindle’s Print On Demand to a variety of vanity publishers that would cost upwards from five thousand dollars. I didn’t have that kind of money, but self-publishing is not free. Two or three thousand would make a start, more if you wanted your book to look professional. The less you do yourself, the more you have to pay someone else. Professional editing is one area where you don’t want to go cheap. Another is the cover. I could write an entire book on that topic. But essentially, you just need to remember to allocate enough in your budget for a decent cover.

I was lucky. My daughter is a designer, her specialty the interiors of houses and hotels. Not exactly books but she had the required software and an artistic eye. Between the two of us we came up with a cover I loved. Toss in my other daughter’s expertise on writing blurbs and the cover was created without costing me a cent.

With the cover completed it was time for formatting the interior file to fit the size I chose, the size that came closest to matching The Named, The Dark and The Key. No matter how many times I measured and checked, I still couldn’t make it a perfect fit. And I had to move on, I still had a four-hundred page Word document to reformat. I watched videos for that, and learned how to work with a Kindle Previewer. I selected an appealing internal style from a choice of six offered, then created the author’s rights page, formatting the chapter breaks and headings, and of course the Table of Contents.

The Guardians of Time Original Covers

And it was still only the beginning. There was the ISBN, a 10 and a 13-digit number essential for scanning of paperbacks, which, I discovered later, costs less when purchased in a pack of ten or more, preferably with the barcodes at the same time. And because I wanted to give The Shadow a chance to make it into libraries alongside the first three books, something that I felt was essential, I needed to apply to the National Library to have The Shadow listed.

I can’t recall how many times the process came close to overwhelming me. The most satisfying part of my usual day – the writing part – I’d had to set aside. My next project would have to wait months. I was just growing accustomed to that thought when my first proof copy arrived. I found myself swept up with a tingling excitement that flowed in my veins and pumped my heart harder. I’d done it. My chest swelled. I couldn’t stop smiling. That dreadful sense of being overwhelmed dissipated the moment I held the book in my hand, the moment I read the title, and it felt good.

Below is a photo of the second edition cover, created by AC Graphics. 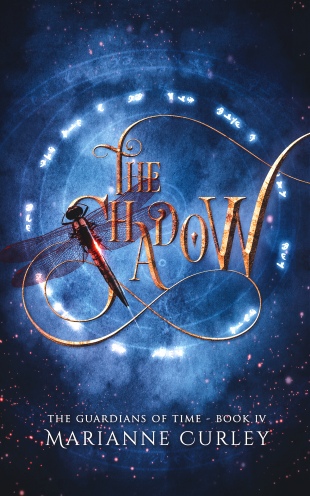 My first experience at self-publishing had been a daunting task, but a task that generated a sense of accomplishment and pride. It challenged me in more ways than I thought I could handle, but I rose to the challenge and while I still have a lot to learn, I know now that it won’t defeat me. 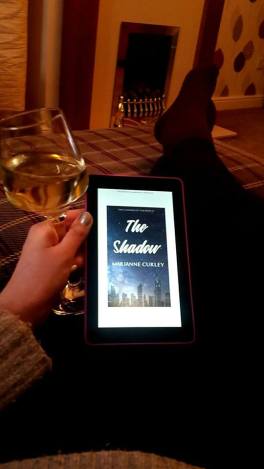