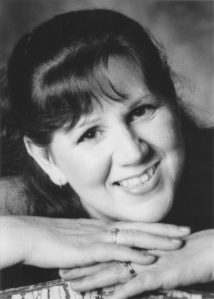 I write my books in first person, multiple perspectives – in other words, through the eyes of different characters. Usually I will write alternating chapters through the perspectives of both the lead male and lead female characters, and on occasion there might be a third character, or even more. In my trilogy The Guardians of Time, the first book, The Named, was through the viewpoints of Isabel and Ethan. The second book, The Dark, was through Isabel and Arkarian’s views. While in the third, The Key, I chose two different characters’ views, that of Matt and Rochelle. Why did I decide on first person, and in multiple perspectives? It goes back to when I began writing about twenty-five years ago. I experimented with third person versus first and found I enjoyed writing in first person the most. It was intimate, and it put me straight into the heads of my characters.

But writing in the first person has its restrictions, and I wanted to tell more of the story than only one character could provide. For example, say I wanted to show what was happening to Matt in Greece in The Dark, I couldn’t have done so unless either Isabel or Arkarian were witnesses, but in that case I wouldn’t get Matt’s inner thoughts. That’s why I decided to try writing in duel perspectives. It started with Kate and Jarrod in Old Magic, which was my first book, published for the first time in the year 2000. I was hooked on this style, and I still use it today.

The Guardians of Time – first hardbacks

But writing in multiple view-points can be difficult to pull off successfully. You need to give your characters individual voices. They have to maintain their distinct sound right through the entire book or series. You do not want your reader flipping back to the start of the chapter all the time to check who is speaking. This will quickly irritate your reader and they might even give up altogether. Reading is a relaxing pastime, it’s not meant to be hard work.

To make multiple character viewpoints distinctive, the first and most important thing is to know your characters. I’m always squawking on about writing plans and outlines, but even if you like to wing it, to write your book by the seat of your pants, if you’re writing multiple perspectives you need to know your characters intimately. Who they are, what they think, feel, even what they dream and aspire to become. And to do this effectively, you need to prepare Character Profiles. These are essential for writing in multiple viewpoints, especially if you are writing from both a male and a female perspective, and for the duration of more than one book.

Your profiles should include such things as:

Good luck with your writing.