Amanda Canham has posted another article in her usual witty style. Love this one, Amanda. 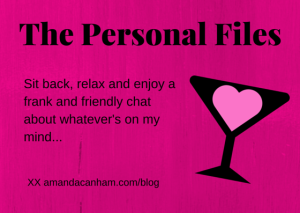 Yes, I’m going there. And I’m sorry in advance, but I have to have a bit of a rant because the universe seems to be beating me over the head at the moment with a concept that just doesn’t sit right.

Apparently, apparently¸ life ends after marriage. Or, more specifically, a couple’s sex life ends once they have children and settle into the routine of raising them.

But it must be true. The movie makers say it’s so. And the authors agree. Nobody has time for sex once they have kids. That’s why sexy internet chat rooms have become so popular and the divorce rate is so high.

There’s even scientific evidence to support pop culture’s theories. A quick Google search shows many psychological studies and surveys that point to the same conclusion. Parents with young children have less sex than before they…